CBD Oil is a dietary supplement and an excellent source of nutrients that can be safely consumed as part of a daily diet. CBD Oil is rich in natural cannabinoids, is legal in every state, and is not psychoactive, meaning that it does not cause one to get “high” due to the absence of all but a trace of THC. THC is the chemical that is responsible for the getting high effect. In our CBD products, we use Industrial hemp which is categorized as having less than .3% THC and thanks to the Farm Bill of 2018, the legality in all 50 states is clear. 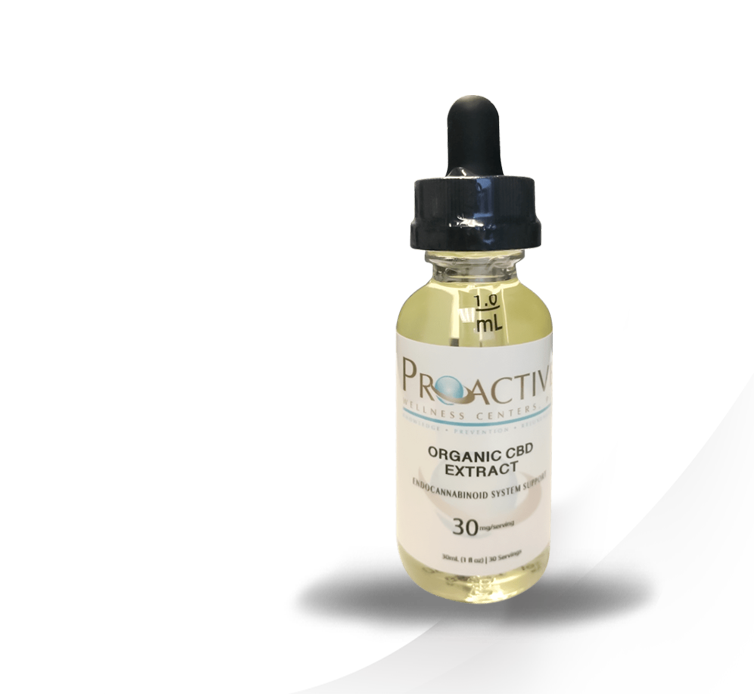 CBD Oil has been proven in many published studies to have beneficial clinical effects for the following conditions, all of which we see in our practice every day.

Now, we will explore each of these areas in more depth.

Anxiety.  This is a condition that has exploded in our modern society. According to the Anxiety and Depression Society of America, Anxiety disorders are the most common mental illness in the U.S., affecting 40 million adults in the United States age 18 and older, or 18.1% of the population every year.  In my practice, the percent of patients reporting anxiety is over 80%.  Anxiety disorders develop from a complex set of risk factors, including genetics, brain chemistry, personality, and life events.

How does CBD Oil help with anxiety?  CBD exhibits a broad range of actions, relevant to multiple symptom domains, including anxiolytic, panicolytic, and anticompulsive actions, as well as a decrease in autonomic arousal, a decrease in conditioned fear expression, enhancement of fear extinction, reconsolidation blockade, and prevention of the long-term anxiogenic effects of stress 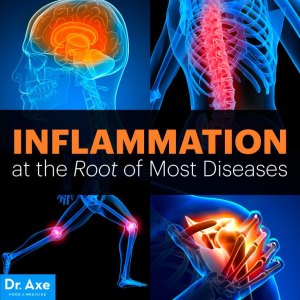 Inflammation. From recent and long-standing research, we know that that most of our chronic health problems stem from some form of inflammation.  Further, we know that Inflammation is a critical response to potential danger signals and damage in organs in our body.  In diseases such as rheumatoid arthritis, lupus, ulcerative colitis, Crohn’s disease and others, the immune system turns against the bodies’ organs. These painful and, in some cases, progressively debilitating conditions can take a toll on people’s quality of life and create both societal and economic burdens.  Inflammation is also a major factor in heart disease, CIRS/mold illness, Lyme Disease and others that cause immune dysregulation.  The AARDA (American Autoimmune Related Disease Association currently estimates that as many as 50 million Americans suffer from autoimmune disorders, so clearly this is an area ripe for new treatment.

How does CBD Oil help reduce inflammation?  CBD oil has an anti-oxidant and anti-inflammatory actions on immune cells, such as macrophages and microglia.

What do the studies say?  One study concludes “However, CBD would seem to be a promising starting point for further drug development given its anti-oxidant and anti-inflammatory actions on immune cells, such as macrophages and microglia. CBD also has the advantage of not having psychotropic side effects. Studies on models of human diseases support the idea that CBD attenuates inflammation far beyond its antioxidant properties, for example, by targeting inflammation-related intracellular signaling events”.  Another study says “Cannabidiol and O-1602 showed anti-inflammatory effects in mice with AP and improved the expression of GPR55 in the pancreatic tissue as well”.

More studies are under way to further validate the impact of CBD on inflammation.  We can report that patients using CBD that have chronic inflammation are reporting favorable effects from CBD Oil.

Pain. Chronic pain, particularly neuropathic pain, is a major clinical problem that is difficult to treat. Despite an intensive search for new analgesics in the last several decades, the need for novel therapeutic strategies remains unmet because virtually every blockbuster drug for the treatment of chronic pain produces aversive side effects.  Many of the current treatment protocols involve the use of Opioid-based narcotics and with the increase in opioid-related deaths and addition cases, chronic pain is screaming for a new approach.

How does CBD Oil help reduce chronic pain? CBD oil is able to suppress chronic inflammatory and neuropathic pain by targeting the glycine receptors in the central nervous system and otherwise improves the person’s perception of the pain by improving overall quality of life, improvement in sleep and mood – all of this leading to relief of intractable pain and reduction of fear and improvement in quality of life. In other words, the anxiety-reducing effects of CBD oil produces a favorable impact in pain, separately and apart from the clinically measurable analgesic effects, where the data is somewhat mixed.

What do the studies say? One study says, “We report that systemic and intrathecal administration of cannabidiol (CBD), a major nonpsychoactive component of marijuana, and its modified derivatives significantly suppress chronic inflammatory and neuropathic pain without causing apparent analgesic tolerance in rodents. The cannabinoids significantly potentiate glycine currents in dorsal horn neurons in rat spinal cord slices. The analgesic potency of 11 structurally similar cannabinoids is positively correlated with cannabinoid potentiation of the α3 GlyRs”.  Another study says “These cannabinoids may represent a novel class of therapeutic agents for the treatment of chronic pain and other diseases involving GlyR dysfunction”. 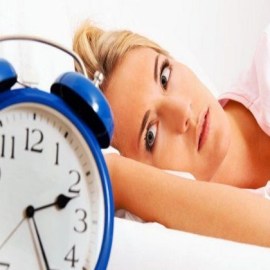 Insomnia. Lack of sleep and poor sleep quality are major health issues in the United States.  Forty-five percent of Americans say that poor or insufficient sleep affected their daily activities at least once in the past seven days, according to the National Sleep Foundation’s inaugural Sleep Health Index™.  Overall health was highly associated with sleep quality.  Sixty-seven percent of those with less than good sleep quality also report “poor” or “only fair” health, with 27 percent reporting otherwise “good” health.

How does CBD Oil help with sleep quality and quantity?  As stated above, CBD has the ability to reduce anxiety, which is also helpful in reducing sleep difficulties and improving sleep quality. CBD may increase overall sleep amounts, and improve insomnia, according to research. CBD has been shown to reduce insomnia in people who suffer from chronic pain.

What do the studies say? One study says, During the light period of the test day, the total percentage of sleep significantly increased in the groups treated with 10 and 40 mg/kg of CBD compared to placebo. REM sleep latency increased in the group injected with CBD 40 mg/kg and was significantly decreased with the dose of 10 mg/kg on the post-test day. There was an increase in the time of SWS in the group treated with CBD 40 mg/kg, although this result did not reach statistical significance.  Conclusion: The systemic acute administration of CBD appears to increase total sleep time, in addition to increasing sleep latency in the light period of the day of administration.

Although many more studies are underway to better understand the mechanism of action of CBD oil and further validate it across larger populations, it is clear that CBD Oil has many beneficial effects. 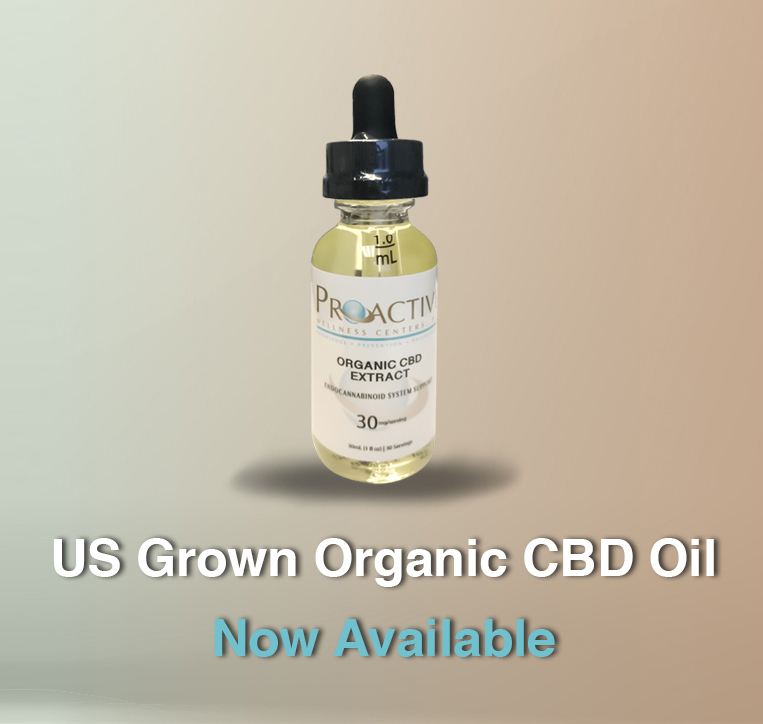 Our  is proudly made by the same family-owned company that harvests the hemp from the farm.  They control the entire process from planting, growing, harvesting, extracting and manufacturing the final product.  Not many products can make that claim.  Most are purchasing cheap hemp plants from Asia and other undesirable toxic locations, performing the extraction, then frequently using contract manufacturing to make the final product.  In that model, no one really owns the finished product quality.  We feel very good recommending our organic CBD Oil that was grown on a certified-organic Colorado farm, then manufactured by the same family-owned business to a final product. Here are the key benefits of the Proactive Wellness Organic CBD Oil Products:

ALL CBD OIL IS NOT CREATED EQUAL!

Accordingly, it is important to consider the following factors.

Click one of the below links to order the appropriate product.

Or, or if you are a patient and have questions, contact us by phone or via Secure messaging in the patient portal. If you are not a patient you may contact us here for more information or guidance on selecting the right product.